The Style Advisor
0 COMMENT
1002 Views
Originally designed as an economy model by the British Motor Company back in 1959—and produced until the year 2000 before BMW bought the company—this little car was developed specifically to keep off the German ‘bubble’ car onslaught from taking over the British automobile market after the steep rise in fuel prices in the early ‘60s. Featuring generous cabin space and go-kart like handling around corners, the Mini was an instant success. Fast forward to 2015, and the Mini—still small compared to the other cars on the road—has gained a couple of inches all around. The designers have been careful not to play with the classic Mini design and proportions, yet have done a fabulous job of updating the new car to today’s standards of technology and style. On the road it still looks small yet powerful, is instantly recognisable, is fun and likable, draws attention and puts a smile on the onlooker’s face. Noteworthy for this generation are the bigger headlight and taillight clusters with daytime running lights and integrated direction indicators with LED technology. The new Mini is powered with new engine options featuring 3-cylinder petrol and diesel powered engines joining the traditional 4-cylinder engines. For India, Mini offers the 1.5-litre 3-cylinder diesel motor with TwinPower Turbo technology, which is good for 115 bhp and 270 Nm of torque delivered from 1750 rpm. Transferring the power onto the road is a 6-speed automatic gearbox. I found the gearbox non-intrusive and capable of effectively managing the transfer of power; however, the gearbox hesitated before up-shifting during immediate power requirements, especially noticeable during slow speeds.
Shifting into Sport mode sorted out this issue and the Mini was ready to pick up and scram! In fact, so instantaneous is the response in Sport mode that a slight tap of the accelerator will have the car lunge forward, catching the driver off guard. There is hardly any diesel clatter inside the cabin except when pushed hard and even then the noise is acceptable. Drive fast through a corner and the Mini keeps you entertained as it maintains its line, keeping its driving heritage alive. The Mini experience really begins as you find yourself getting comfortable in the driver’s seat. Although the road speed, engine speed and fuel level counters have been moved behind the steering wheel, the centre of the dashboard houses the large 8.8-inch screen which is surrounded by a six-colour LED lit ring that serves as a visual feedback for a host of functions. This can be configured to show changes in road speed, engine speed, adjustments to the air conditioning, route guidance information and park-distance control among others. All controls are communicated though immaculately crafted, chrome-finished toggle-style switches. The engine start/stop function too is now operated through a pulsating toggle-style bright-red switch which is positioned prominently on the lower part of the central console. Sitting in the cabin is a surreal experience; it reminds you of automobiles from a bygone era and everything is brilliantly crafted to exacting BMW standards with no cause for complaints. 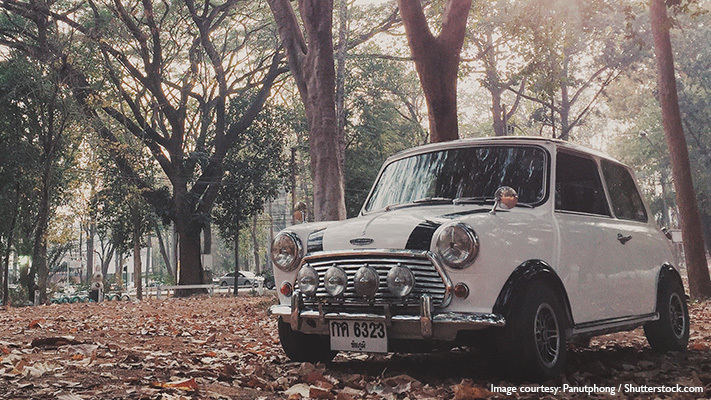 Some may argue that under BMW ownership, the Mini has been ‘BMW-ised’—examples of which are easy to find in the car—which moves the Mini from its ‘economy’ roots. I think, however, that in the capable hands of BMW, the Mini has grown with confidence since 2000 while maintaining the key traits that have defined it over the years. Most importantly though, the Mini has still not lost the ability of being able to effectively communicate its owner’s rebellious nature with its myriad list of options.

Pick the right running shoe for these 5 surfaces