The Style Advisor
0 COMMENT
968 Views
2015 Has been a truly eventful year, and as we look back at the ups and downs we went through together as a nation, we bring you a round-up of 7 men who left a mark on our hearts and minds this year, some in a positive way, others not so much. Narendra Modi
The ex-chief minister of Gujarat created a stir the world over when he became Prime Minister of the biggest democracy in the world, a landslide victory over his opponents in spite of the controversy surrounding his alleged role in the Gujarat riots. During his second year in power, the Prime Minister of India, Narendra Modi, travelled to various countries where he met a spectrum of influential people ranging from Mark Zuckerberg to Her Majesty Queen Elizabeth II. These encounters were frequently documented in the newspapers and have dramatically improved his image on the global scene. He continues to encourage direct foreign investment to boost India’s role as a global manufacturing hub. In June 2015, Modi launched a national initiative to eradicate slums and provide low-cost housing for the underprivileged population of India. Sundar Pichai
The newly appointed CEO of Google, Sundar Pichai, has promised better access to the Internet for the Indian public after a visit to the country. One of the big advances he is set to deliver is free Wi-Fi in 100 railway stations across the country, with the first of them to be up and running by January 2016. His vision for the Internet in India includes practical applications like the translation of English pages into local dialects and an emphasis on recruiting Indians as part of the Google family. The development of these initiatives is likely to make headlines in the years to come.
Milind Soman
Known for being the most recognised male supermodel from India, apart from his short Bollywood stint, Milind Soman represented India this year as he raced in the Ironman triathlon held in Zurich, Switzerland. Known as the toughest race in the world, the Ironman incorporates swimming, cycling, and running a marathon without any breaks and within 16 hours. With a time of 15 hours and 19 minutes, Soman was awarded the title of Ironman, joining the coveted club of endurance athletes like James Lawrence and Rich Roll. He is a major advocate of fitness in the country, especially through running, with a mention in the Limca Book of Records for running barefoot from Mumbai to Delhi to his credit. Nearing 50, he can put men half his age to shame with his perfectly fit body. 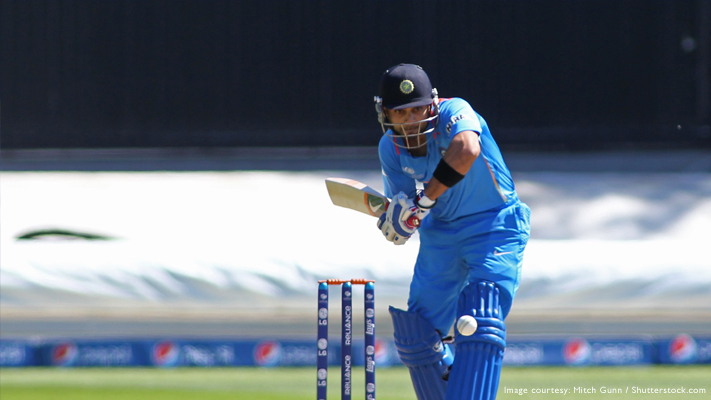 Virat Kohli
Virat Kohli has been the most talked about among the young firebrand of cricketers to have emerged in the country in the last couple of years, whether it is for his comendable game or his on-field aggression or his personal relationships. But whatever said and done, one cannot deny him the credit of leading team India to many a sweet victory. As captain of Bengaluru’s Royal Challengers, Kohli also led his team into the 2015 playoff during the IPL.
Salman Khan
A controversial figure in the news during 2015, Salman Khan has been acquitted for a hit-and-run incident that occurred in 2002 in which the Bollywood actor was accused of drunk driving and killing and injuring pavement dwellers. The verdict was met with an array of responses throughout the media as some were in favour of the outcome while others critiqued it as unjust. While the debate may continue, the actor is no longer facing any jail time or penalty as the judge decreed that the evidence presented was insufficient to sentence the Bollywood star.
Abhas Mitra
A monumental moment for the Indian astrophysicist, Abhas Mitra, occurred this year as NASA confirmed the validity of his insight into black holes. Mitra’s research revealed that black holes do not exist, and are, in fact, gaseous balls of fire, much like the sun. This finding is monumental to our understanding of the Universe and its entities.

Azim Premji
Business tycoon and philanthropist, Azim Premji, recently announced his effort to reduce malnutrition in Odisha through a 300-crore initiative that will span over the next 10 years. This effort will be supported by the local government. With the intent of eradicating malnutrition, the Azim Premji Philanthropic Initiatives also plans on helping women and creating programmes for women and child development. Premji’s foundation is dedicated to providing education and aid to those in need.

5 Tips on how to stay in shape this winter

LOOK OUT FOR THE NEW BMW 3 SERIES GT