In the 65 odd years of its existence, the world of rock music has undergone a sea change in sound, rhythms, themes and social contexts. With almost every conversation about music making a reference of some sort to this powerful music genre, it’s always a good idea to know what’s what, in the ever-changing scene of rock music. The sub genres
Rock, as they say, has long ceased to be just rock. There’s now a huge plethora of sub genres, each defined by its own characteristic sound and ethos. Rock and roll as it was first played in the 1950s by Bill Haley, Elvis Presley and a host of early artists, transitioned into the Rock music genre by 1960. Scores of British bands like The Beatles and The Rolling Stones stormed the scene over the next few years, in what is sometimes known as the British Rock Invasion.  From then on, new and exciting sub genres mushroomed across the continents, faster than ever before. Garage bands sprung up all over the country, producing new, simple, refreshing music that the world had never heard before.
Within all the commotion, some serious musical sub genres like Blues Rock were created, championed by Eric Clapton that demanded great virtuosity and talent from its artists, setting the benchmark for great rock music in the years to come. There was also Folk Rock, popularised by John Denver, Bob Dylan and Joan Baez—an amalgam of traditional American folk music, poetry and the introduction of acoustic instruments into the music. The 1970s also saw the rise of Jimi Hendrix and Pink Floyd’s Psychedelic Rock—trippy, trance-like, guitar-rich music that sent listeners into raptures of ecstasy. Hard rock and heavy metal
These broad rock classifications that developed over the late 1970s came to signify the intensity, rather than the particular musical influence of the band. Black Sabbath, Judas Priest, The Scorpions, UFO, all brought in darker, gothic tones to their brand of metal. Thrash bands like Metallica, Megadeth and Anthrax shredded guitar after guitar on stage, growling and screaming through their song lyrics, gathering up head-banging fans by the million, all around the world. The age of grunge, punk and indie rock
The 1990s saw the emergence of a quieter, but more jagged style of rock performance.  Grunge rock, popularised by Nirvana, Soundgarden and Pearl Jam, rebelled against the over-groomed rockstars of the 1980s, choosing instead to look and sing like they didn’t give a damn. Their music fused heavy metal and punk into a single genre, the song lyrics filled with talk of apathy, social alienation and dark humour.
Indie rock, a post Grunge phenomenon, entered the rock scene in the 1990s as well. Indie (short for Independent) rock bands typically released their music through smaller non-mainstream labels, promoting their music through word of mouth, concert tours and college shows.  The Cranberries, Ani DiFranco and a host of talented female artists joined the Indie Rock bandwagon, making it a rock genre that contains the most number of female artists, even today. 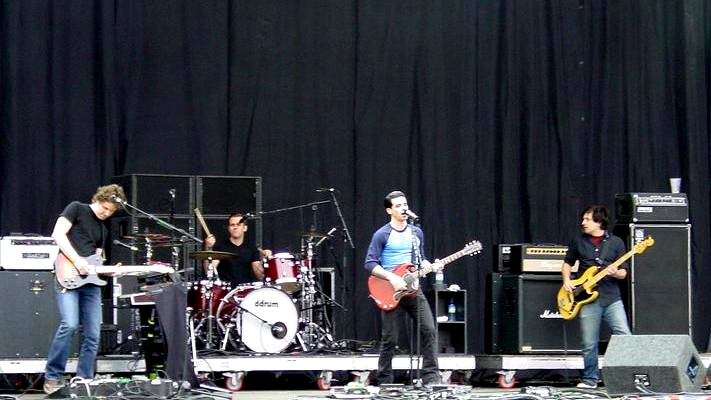 The rock world today…
Today, there’s Emo Rock, a lyric-heavy, expressive take on punk rock, as performed by bands like Fugazi and Dashboard Confessional. Electronic Rock or Laptronica, popularised by bands like Stereolab and Justice, feature fantastic sound samples and new interesting beats, often joined by dance acts and elaborate stage lights and settings. Post rock and synth pop bands like Owl City and Paramore bring in interesting girl/boy-band tones to essentially rock-based musical scores.
So what’s the best rock genre for you? Well, the true rock aficionado should keep an open mind to everything. The best part of rock music is that there are no rules to it. Pick what you like to listen to, give it a name if you like, or just enjoy the ever-changing rock canvas as it unfolds in front of you.