Photo: Reuters
Graffiti artist, Tot spray-paints a mural of Brazilian star Neymar in celebration of the FIFA World Cup 2014, in Rio de Janeiro. The mural was showcased at the contest organised by the Rio de Janeiro city hall.

Photo: Christophe Simon/AFP/Getty Images
While several artists like Tot worked on celebratory murals for FIFA World Cup 2014, there were members of anarchist group, Black Bloc, who protested against it in São Paulo. During the demonstration that followed, they chanted, “Will Not Get Cup!” They even vandalised the murals created. 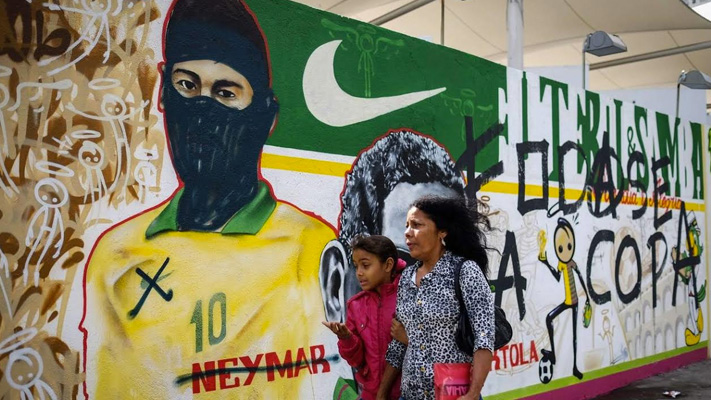 Photo: Yasuyoshi Chiba/AFP/Getty Images
People walk past a vandalised graffiti portraying Neymar with a hood used by members of the Black Bloc, which is against FIFA World Cup.
Pro-World Cup street frescoes A street artist paints graffiti in honour of the FIFA World Cup, at the Congonhas airport in São Paulo. 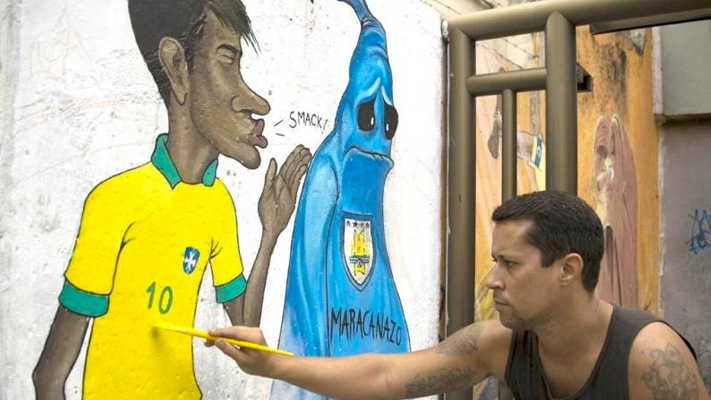 Neymar blows a goodbye kiss to the ghost of the ‘Maracanazo’. Maracanazo symbolises the defeat of Brazil by the winning Uruguayan team in the 1950 FIFA World Cup. Painter Ricardo Mell does a brilliant job creating this piece in a suburban neighbourhood of Rio de Janeiro, Brazil.

Photo: Vanderlei Almeida/AFP/Getty Images
A fan is seen kissing the graffiti created by painter Ricardo Mell. During the month of May most of Rio’s residents had started putting up murals with national colours to celebrate FIFA World Cup 2014.

Anti-World Cup street art
The people of the greatest football nation were seen rising against the most awaited tournament this year. And they used street art to defend the cause they believed in. The protest was against the extravagance that the government was indulging in for the World Cup 2014, while the country needed to pay heed to the issues concerning education, sanitisation, healthcare, and focus on the abolition of drugs, violence and weapons from the streets. 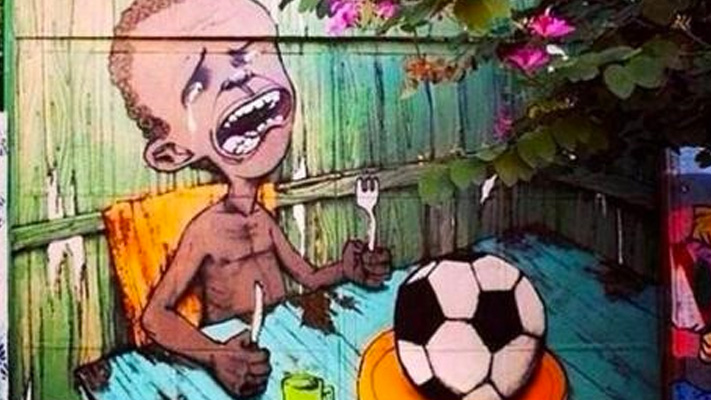 The most popular graffiti to go viral was, what we’d like to call, ‘Football on a plate’. Created by a famous street artist Paulo Ito, it features a weeping, starving boy, with cutlery and nothing on his plate except for a football. The graffiti is painted on a wall of a public school to criticise the hosting of the World Cup, in São Paulo. In the protests that were carried out, the anarchist group also burned the Brazilian flag along with the official sticker album of the tournament. 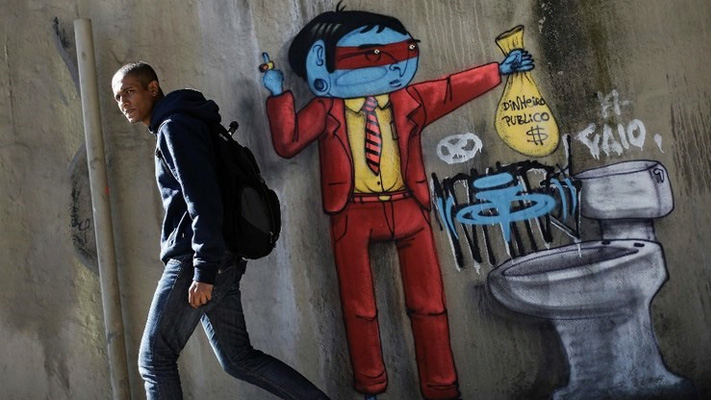 Brazilian artist, Cranio’s piece depicts a man flushing money down a toilet bowl. Needless to say, the Brazilians were not at all happy with the prospect of Brazil hosting the World Cup. 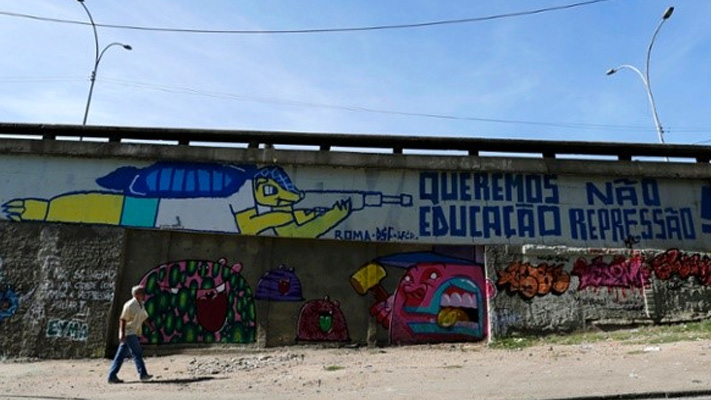 Photo: Sergio Moraes/Reuters
Fuleco the Armadillo, the 2014 World Cup Mascot, pointing a rifle at a message that reads ‘We want education, not repression’. These powerful images clearly show a nation that is torn between the love for the game and concern for the serious issues that need addressing; a nation torn between slogans such as ‘Viva la FIFA World Cup’ and ‘Need food, not football’.

4 VIEWS TO TAKE IN ALONG THE GREAT OCEAN ROAD