Must-have merchandise for the cricket buff

The Style Advisor
0 COMMENT
3873 Views
Which cricket fan wouldn’t love to show off some cool cricket merchandise, especially during the next India vs Australia match—one of the most exciting of the ICC World Cup 2015 season!
Wear your pride 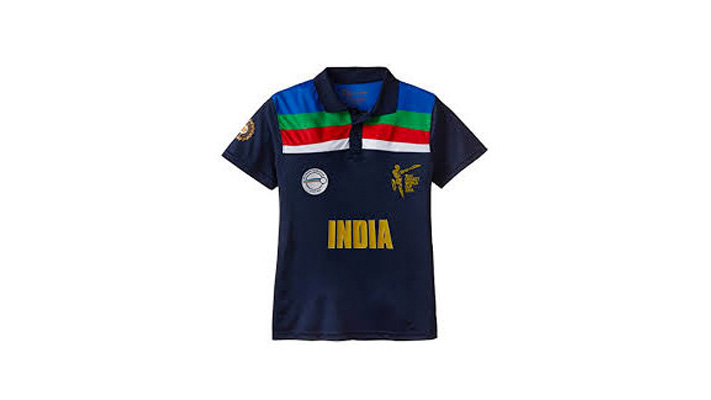 ‘Wear your pride’ is the mantra you should be following with the semifinals kicking off on Thursday. You can get your hands on this CWC 2015 Mens India 1992 Retro jersey on the ESPN Cricinfo website for       ₹ 1,499. This Replica jersey has been designed to commemorate the ICC World Cup 1992, which was hosted by Australia and New Zealand. It replicates the playing shirt worn by the Indian team during the 1992 World Cup.
Sport your passion For cricket fans who’d like to show off their love of the game while making a style statement, we loved these elegant cuff links by Aspinal of London. Exquisitely made with sterling, these cricket bat and ball cufflinks are available at the brand’s website for approximately  ₹ 10,911.
Let your walls do the talking 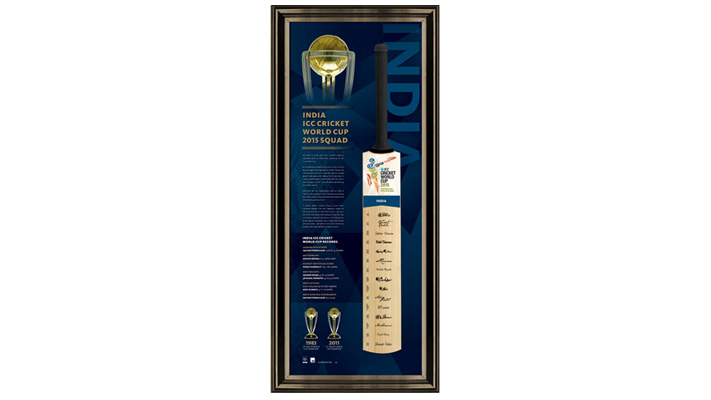 #WeWontGiveItBack is the statement etched on the hearts and souls of the cricket fans watching the Indian team take down one team after another at the 2015 World Cup. The team’s relentless push for success has been cheered on and how and this line-up has proved to be worthy of all the love that the nation has been showering upon them. An ode to the team led by MS Dhoni, we found this limited edition, framed bat, which has been personally signed by each member of the 15-player Indian squad with statistics referring to the Indian World Cup records. Available for  ₹ 92,500 on the ESPN Crickinfo website. Frame it and show it off!
Raise a glass to the players A perfect accessory to have at hand following the ups and downs of the game, these personalized cricket-inspired glasses are elegant and fun. Designed by Becky Broome and hand-etched in Cheshire, Britain, the glasses not only feature a cricket bat and ball as well as the words ‘Howzat!’, but can also be personalized with a name. Now you can offer your fellow cricket-viewer his own glass and toast the game! Priced at approximately  ₹ 1861 and available at NotOnTheHighStreet.com.
With sporty style We’ve always believed that a formal look doesn’t need to be boring, and these elegant cufflinks, tie tac and business card holder, all designed with a charming ode to the game of cricket, is a case in point. Meticulously designed, these accessories are all available online at 1st Choice Cufflinks and cost approximately ₹2000 each.