The Style Advisor
0 COMMENT
999 Views
Fast cars are synonymous with the British MI6 James Bond and as our favourite spy gets ready for a new adventure, Spectre, the British sports car brand has confirmed that 007 will once again drive an Aston Martin and this time it will be the DB10. Hence, we thought it’s a fine time to relive his greatest motoring moments.
Sunbeam Alpine You might not buy it but this sweet little beauty was actually 007’s first ever car on celluloid. As we recollect, it was for Dr. No, that the crew had loaned this Sunbeam Alpine from a local owner in order to avoid the cost of importing. Unlike his other movies, the car didn’t confer Bond with any kind of rocket propelled facilities; instead, it just gave him a ride at an honest 80bhp with a 1.6litre engine. The reason why we are featuring it in our list is because it was the first car to be featured in any Bond movie and also because of its understated modesty.
Aston Martin DB5 First introduced in 1964’s Goldfinger, the third film in the James Bond series – The Aston Martin DB5, signalled the start of a relationship, which later spanned 11 Bond films and nearly 50 years of cinema history. In fact, the reason why we are featuring it in our list is because its great looks took center stage along with the MI6-007 agent. According to Aston’s website, the book version of ‘Goldfinger‘ had seen author Ian Fleming place Bond in an Aston Martin DB Mark III. But as the DB5 had already been introduced by Aston Martin, the makers of the film decided to use the company’s latest car. In the film, it is Q who introduces the car to Bond – the gadgets were revealed up front, in fact, it was the first Bond car to get totally weaponised with features like rotating license plates, oil slicks, bullet-proof glass, machine guns, and of course, an ejector seat.
Aston Martin V8 Vantage 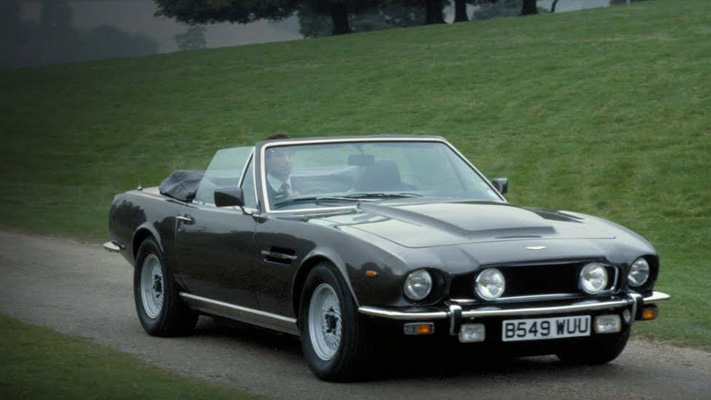 The Aston Martin V8 Vantage that Timothy Dalton drove in the 1987 film The Living Daylights was an absolute beauty. Hailed as Britain’s first supercar, the V8 Vantage marks the return of Aston Martin in the Bond franchise. It’s said that it was the last of the generation of Astons that were based on the original DBS design, and it had been perfected. With features like tire spikes, jet engine behind rear number plate, retractable outriggers, heat-seeking missiles behind fog lights, lasers in the front wheel hubcaps, bulletproof windows, a fireproof body and a self-destruct system, the V8 Vantage instantly achieved cult-classic status.
Lotus Esprit Submarine Also known as the submarine car that featured in the movie The Spy Who Loved Me, the Lotus Esprit Submarine is arguably one of Bond’s most famous rides. Although, there are critics who criticise this car, but whatever’s said and done, this is one our favourite cars where every modification was done with class. The exotic Esprit also proved to be a handful for the stunt driver unaccustomed to mid-engine dynamics. The scene where the mechanical dashboard transforms into a submarine is a scene to remember. It was a car that totally matched Bond’s screen presence.
Aston Martin DBS V12 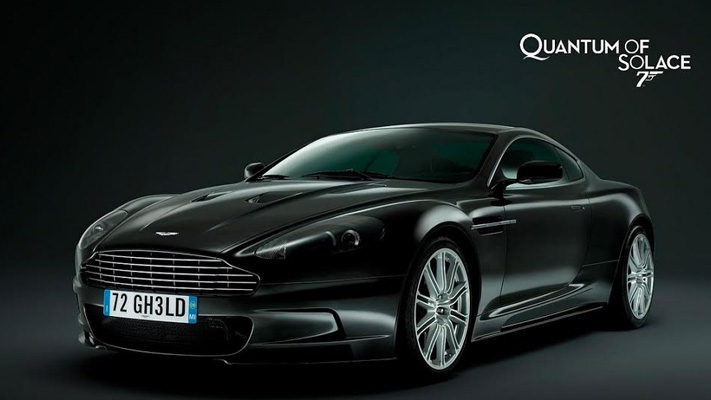 We know that there’s an overdose of Aston Martins, but we can’t help it, right? Aston Martin and the Bond franchise’s relationship is more than 50 years old, so it is difficult for us to pick out a favourite. But having said that, the Aston Martin DBS V12 that featured in Casino Royale was like a reboot of the Bond series. Although it had links going back to George Lazenby’s 1969 On Her Majesty’s Secret Service, Aston used the debut of a new 007, played by Daniel Craig, to launch its latest near-200-mph supercar – the DBS. This time, the car didn’t have the usual array of gadgets like its predecessors, but still it had features like a defibrillator and a few secret compartments for Bond’s gun. The best thing about the DBS V12 was that not only did the car get a facelift from the outside, the makers of the car also welcomed the new Bond with an all-new interior. Post Casino Royale, the car also featured in the 2009 film, Quantum of Solace.
As Bond gets ready to drive the new Aston Martin DB10, which was your favourite Bond ride so far? Do let us know in the comments below.

Best golf courses across the world