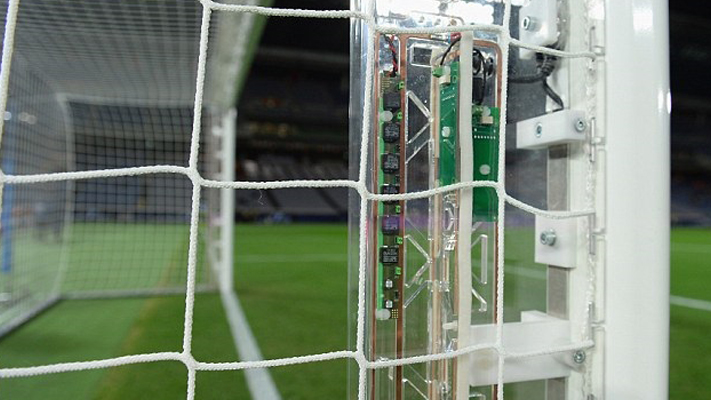 Let’s take a walk down memory lane—to the 2010 FIFA World Cup in South Africa, England’s second-round match against Germany. Thirty-seven minutes into the game, Germany’s leading, two to one. English central midfielder Frank Lampard takes a clear shot but has his goal ruled out, despite the fact that the ball clearly had crossed the line. Millions of fans are left disappointed, as England desperately needed the equaliser at the time.
The new innovation
But all that is history. The 2014 FIFA World Cup had the perfect innovation to deal with situations just like the one with Lampard’s goal in 2010: the new goal line technology. What are we talking about? Essentially this new innovation is a cluster of technologies put together to monitor the path of the ball and detect when it crosses the goal line.
The various technologies
How do these work? The position of the ball is monitored using a mix of camera-tracking and magnetic field sensors. GoalControl, the goal-line technology uses a total of 14 high-speed cameras mounted around the stadium, with seven cameras pointing at each goal. A similar technology, called Hawk Eye, is used in several other games such as cricket, tennis and snooker. Another camera technology, Goal Minder, reveals footage from the goal post and crossbar cameras to the referee only.
Sensors in the ball
Yet another technology used is the Cairos GLT system, which uses magnetic fields to monitor the ball. Wires underneath the penalty box create the magnetic field which is detected by the sensors embedded into the football. A computer tracks the ball and defines whether or not the ball crossed the line. Similar to this is the GoalRef technology, but instead of the ball having the sensor, the goal frame alone tracks the passing of the ball. 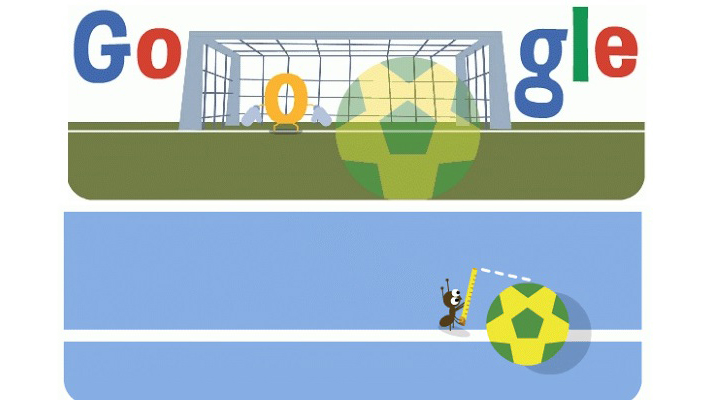 The Google Doodle
The best representation of this technology came through the Google Doodle for the match between Argentina and Netherlands on July 9. The Goal Line doodle featured a football being struck forcefully at the second ‘O’ of ‘Google’, who is the goalkeeper, as he dives to make a save. Even though the ‘O’ goalkeeper makes the save, the ball rolls over the line. An ant comes up to monitor the goal using a measuring tape and then calls the goal with a red flag.
GoalControl
The goal-line camera technology, GoalControl, is better because it shows the referee what happens in real-time, and unlike the instant replay used in other sports, one doesn’t have to wait around for the final call of the referee. GoalControl can instantly notify the referee when a football crosses over the goal line. The technology is created by German tech start-up GoalControl.
The new goal line technology is a definite a win for FIFA. After having made its debut at the 2014 World Cup, it’s sure to play a big role in making everyone believe, without a doubt, that the referee’s call is right.

How to cure a hangover

5 Essential Apps For The Iphone