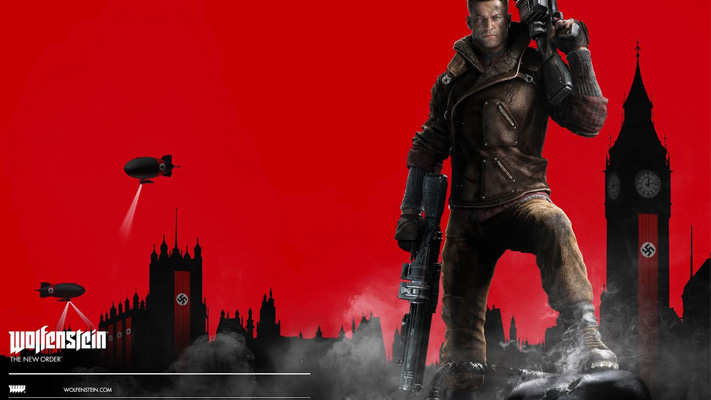 Wolfenstein: The New Order
Developed by MachineGames and published by Bethesda Softworks, Wolfenstein: The New Order is an action-adventure FPS game. The game is the first main entry in the Wolfenstein series since its inception in 2009. With an alternative history plot, the story of the game dates back to 1960s Europe, creating a situation where Nazis have won the World War-II. In the game, its protagonist, Captain B.J. Blazkowicz—an American war hero—tries to stop the Nazis rule over the world. The player has to control Blazkowicz and launch a counter-offensive operation against the monstrous Nazi regime. Although many may find the plot hard to digest, when you play the game you are sure to get sucked into it. Being a FPS game, combat space becomes an important factor as it offers enough variety and the enemy combinations in it. The New Order is a fairly well-paced game, where the combat feels tense without being overwhelming and unmanageable. Overall, we can say that it is a very well done game. With stunning graphics, smooth gameplay and an intriguing story plot, Wolfenstein: The New Order is nothing less than a good war movie.
WATCH THE TRAILER HERE 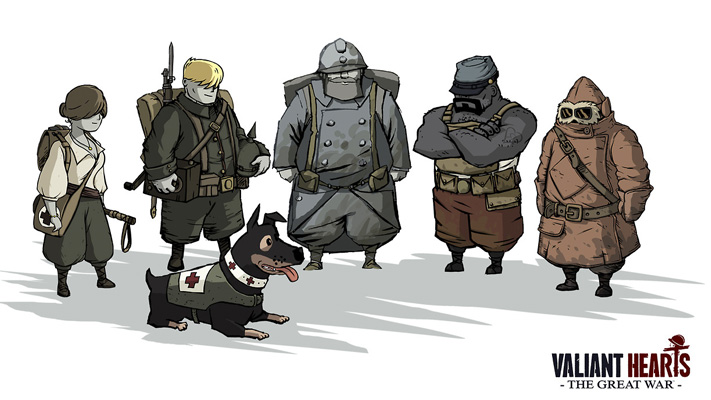 Valiant Hearts: The Great War
The plot of World Wars revolves around relatively unexplored zones; mostly because of the lack of information we have and our own moral ambiguity. Valiant Hearts captures these feelings in a two-dimensional puzzler. Developed by Ubisoft Montpellier and published by Ubisoft, the game is hugely inspired from the letters written during the Great War and features four main characters on the battlefield who help a young German soldier find his love. Hence, the plot is mainly about survival, sacrifice and friendship. Ubisoft takes advantage of the company’s lightweight UbiArt framework in producing this game. In simple terms, Valiant Hearts is a tale of good VS evil. The game puts its player into a wonderful variety of situations, from cooking a meal to fighting a battle using a pipe organ as your weapon. The game’s art style is really attractive and possesses a lot of detailing in every aspect. Valiant Hearts has been smartly designed and at times take you on an emotional ride.
WATCH THE TRAILER HERE 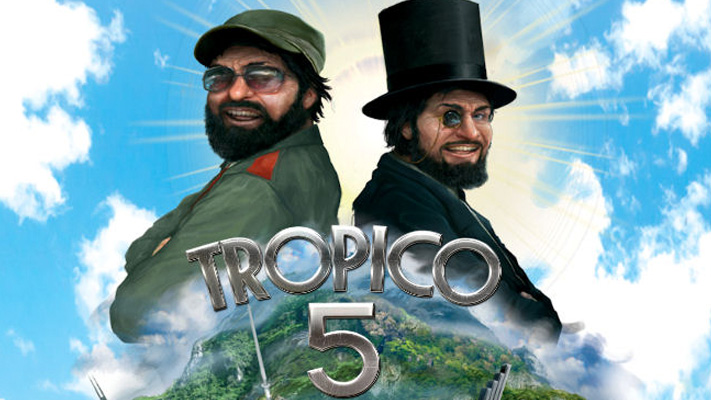 Tropico 5
How would it feel to own and govern a banana republic? Well, welcome to the island of Tropico; and congratulations for owning an island where everything is tossed up. Developed by Haemimont Games, Tropico 5 is the fifth game in the Tropico franchise. Much like Sim City, Tropico 5 is a hardcore CMS (Construction and Management Simulation) game that revolves around a city building simulation. For the first time in the Tropico franchise, the game features cooperative and competitive multiplayer functions, thus allowing the players to build cities on the same island with mutual cooperation with one another or against. Right through the colonial era, through World War II, up to the cold war and to the present, this game allows a player to manage their country. Unlike other simulation games, the graphics of Tropico 5 are much more refined and appealing. The game strikes a good balance between style and substance, which automatically is a welcome note for all types of strategy/sim fans. There are constant power struggles throughout the game between various factions—both internal and abroad—which creates a constant challenge for a player to manage as El Presidente, whether through force or appeasement. Overall, this is probably the best game in the Tropico series, and one of the best city builders currently available.
WATCH THE TRAILER HERE

5 Spectacular libraries in the US

5 Coolest Restaurants you must try