The Style Advisor
0 COMMENT
913 Views
Adventure games have always been hit amongst veteran gamers and beginners alike, and 2014 has seen a surge of new games that are immensely diverse in construction. Here are three adventure games you can try out this weekend. 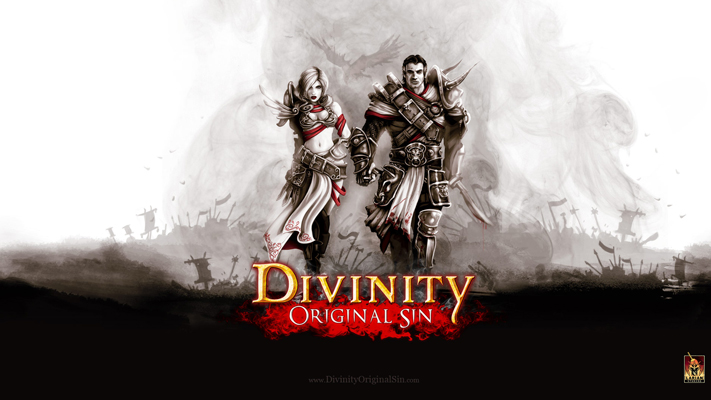 Divinity: Original Sin
Available on PC
Developed by Larian Studios, Divinity: Original Sin is a single player as well as cooperative multiplayer fantasy role playing game. Funded through Kickstarter, Original Sin is designed purely for RPG fans, and is a prequel to Divine Divinity. What’s most impressive is that in Original Sin a player needs to create two characters at the same Divinity—a condemned warrior and a mystic heroine. Apart from this, the game also allows you to choose two stages; the tactical knight or the murderous battle mage. The game revolves around the plot of two Source Hunters—valiant heroes on a quest to get rid of Sorcery and eradicate evil Sorcerers from the world. The game is really engaging and from start to finish, it offers an infectious sense of enthusiasm.
WATCH THE TRAILER HERE Shovel Knight
Available on PC, 3DS and Wii U
If you played the classic NES games back in the day, then the following lines will make sense to you. Developed and published by independent developer Yacht Club Games, Shovel Knight is a classic action platformer game. A 2D side scrolling game, Shovel Knight has been designed on 8-bit graphics along with chiptune music and responsive control to resemble games of 90s. You play as the eponymous Shovel Knight who has come to this valley with two goals: to defeat the evil Enchantress and save his lost beloved. He wields a Shovel Blade, a multi-purpose weapon whose techniques have now been lost to the ages, and he is a shining example of the code of Shovelry: slash mercilessly and dig tirelessly! Overall, Shovel Knight is an amazingly well-executed and polished game that evokes nostalgia.
WATCH THE TRAILER HERE Smite
Available on PC and Xbox one
In recent years, the gaming industry has seen a significant rise in the number of multi-player online battle arena or MOBA games. Seeing League of Legends and Dota 2 become a powerhouse in the videogame industry, Smite has the potential to join that league. Developed and published by Hi-Rez Studios, Smite is a third person action MOBA game where players take on the visage of a mythological god by taking part in the arena combat. The players can use custom powers and team tactics against other player-controlled gods and non-player minions. Most attacks in the game are ‘skillshots’ and come with a plethora of different game modes that will keep you busy for hours. Players can play with almost 51 gods who are very different than each other. Every god in the game has different abilities, so a player will never feel bored. The game’s barrier entry is quite high and hence could take some time for you to understand the different gods, their characters and their abilities. Smite also has an equivalent of the chaotic ARAM (All Random All Mid), a popular mode born out of custom MOBA matches that eventually got its own matchmaking queue in League of Legends. It’s the easiest mode of the game. But for us, the most interesting and fun mode was its Arena mode—a team death match with accelerated levelling. Overall, Smite is an invigorating game that makes the MOBA more approachable with smart tweaks to the formula of action RPG inspired combats.
WATCH THE TRAILER HERE

5 travel apps that will make your next vacation smoother