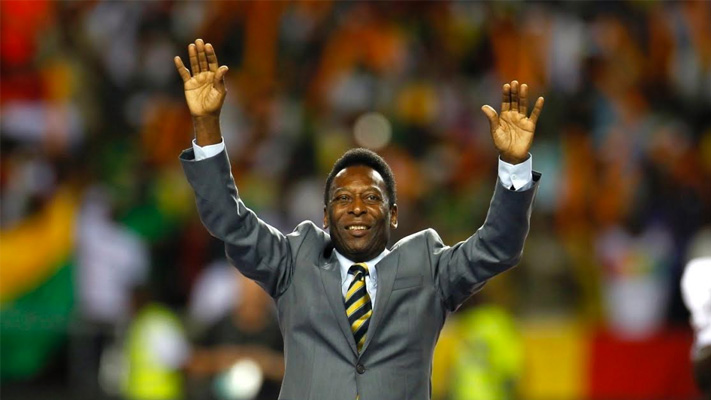 With the 2014 FIFA World Cup well underway, you might want to sift through all those trashy collectibles to emerge with a real keeper. Die-hard football fans can get the ball rolling with the Montegrappa Pelé pen from the Italian pen maker’s Icons series of writing instruments. This luxurious, limited-edition pen honours Pelé, considered to be the best football player of all time. 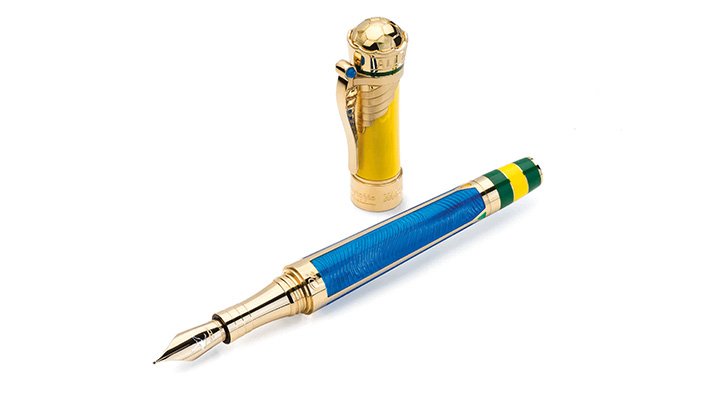 A game-changer
The Heritage version of the Pelé Icons pen is an absolute winner that lets you take home a piece of history. For one, Montegrappa is Italy’s oldest fountain pen manufacturer that dates back to 1912. Then there’s the fact that the pen embodies the spirit of Pelé through tasteful and thoughtful motifs and colours. True fans of the game will appreciate its sentimental value. No part of this pen has been spared, right down to the tiniest of details that signify the living football legend’s illustrious career.

Decorative details
The Heritage pen is available in two models: a solid gold or solid silver trim in fountain pen and rollerball versions. Like each of its pens in the Icons series, Montegrappe has gone all out on the details front with this one. For instance, the nib of the fountain pen carries an engraved image of Pelé’s classic ‘bicycle kick’.

Inspired by Pelé’s recognisable blue shorts, the pen’s barrel sports an interlaced guilloche finish under translucent blue enamel. At the other end of the pen’s body is a blind cap that matches Pelé’s signature green-and-yellow striped socks. 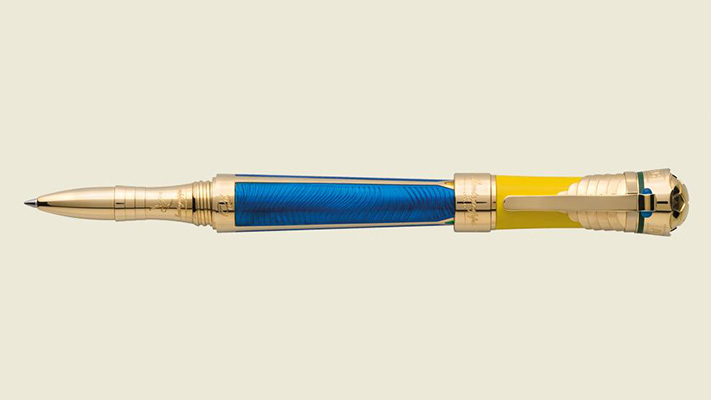 A feather in its cap
The top of the pen’s cap is shaped like a football and rests atop a crown that reads ‘All Hail The King’ around its circumference. The surface of the cap carries the colours of the Brazilian flag, while the spring-loaded clip that features a cabochon gemstone on either side is reminiscent of the original championship trophy.
Treasured keepsake
Each pen carries a unique serial number on the pen’s barrel. The Heritage solid silver trim edition consists of 1283 fountain pens and 1283 rollerballs, which represent the number of goals scored in Pelé’s football career. The gold version is limited to just 10 fountain pens and 10 roller balls representing his jersey number. Engraved on the opposite end of the barrel is Pelé’s treasured signature as well as the historic years—1958, 1962 and1970—during which he won his three FIFA World Cups.
A manly must-have
Every man should own at least one good pen. A handcrafted writing instrument says much about your taste for all things sartorial. And, the pleasure derived from writing with a fine pen, such as this one, equals no other. At ₹57,99,995 for the high-end gold version, the Montegrappa Pelé pen might seem ridiculously expensive. But if you’re willing to pay the price, you’ll have just scored yourself a rare collectible for keeps in true Brazilian style.