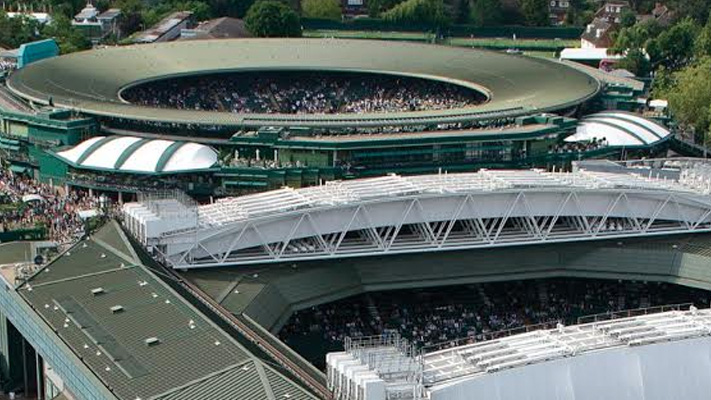 Once again, as I enter the All England Club admiring its vastness, I am belittled by not the sheer size of the stadium, but by the mass of the phenomenon that takes place here from tomorrow onwards. The air is still heavy with tension, the cries of disappointment and the jubilant laughs are still reverberating, as the beads of sweat appear on my forehead again while I recall walking this path for the first time forty-five years ago. The quieting roars and the deafening silences define this occasion, the experience that it is, the love that it shows, the Mecca of tennis—Wimbledon.
Starting tomorrow, for the next two weeks, the greatest players in the world will be in a contest of spirits not with their competitors, but with themselves, to push harder and scale greater heights of excellence. The world will be watching with anticipation as the best plays determine who will lift the trophy and whose lives will be changed forever.
Over the years, I have seen the stadium embrace modernity with closed roof courts and day matches but the line of sight has not been lost. Wimbledon still stands for what it was created, a competition of the best to be the best. Even as we see new faces each year, the determination on those faces reflects the age-old spirit of the game. And it is this determination that turns them into a Sampras or a Navratilova. 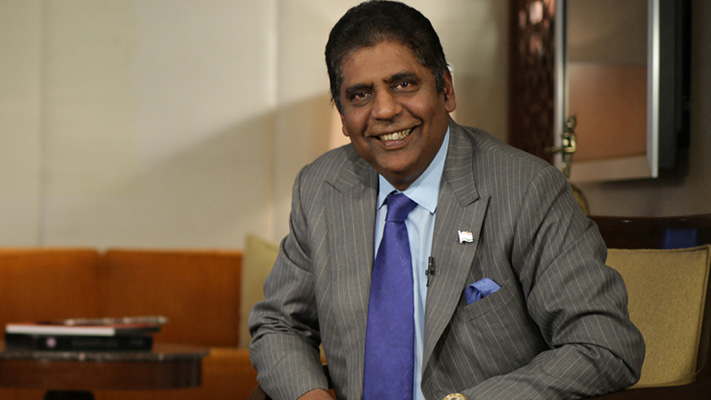 In the year 1972, as I walked nervously towards the court for the first time, I looked around the crowd and noticed a sensible calm that one would usually not associate with a kid playing against the veteran Jeff Austin. To them, until the match ended, we were both good players in our own right waiting to be proven better than the other. That was when I realised Wimbledon was not about the players but the game and that no individual fan-following will ever be big enough to distract the lovers of the game. Over all these years that I have played and witnessed the tournament, I have been proud of the fact that this trend has not changed. With technology enabling uninterrupted telecast of every player’s life in every house around the world, players have been given a larger-than-life persona.  However, while on court, no one is placed above the game. The new kid playing against a giant is still encouraged with an appreciative applause as he walks on the turf for the first time; the big ones are still chided for every mistake they make. Even as the top seeds play and there’s unspoken electricity in the court, the centre of power has always remained with the game.
Wimbledon is not just an event but a journey of learning and evolution. When in 1973, I was playing against Jan Kodes in my first Wimbledon quarter finals, I was given the game in the form of a lob by him. I was patiently waiting to smash it into his court, when there was a sudden uproar from the neighbouring court where the Borg-Taylor match was on. For a split second, I was distracted – which resulted in the ball landing outside Jan’s court. That diversion cost me the match and perhaps the tournament but it taught me what focus meant in life, in the game and in Wimbledon.
Whether it was for Sharapova making a comeback after a shoulder problem, or Nadal taking his knee injuries in his stride as he battles on or Bjorn Borg’s shoulder and knee injuries and Steffi Graf’s personal problems and injuries—there has always been a measure of self discipline and a sense of being motivated from within. This has also been very well evidenced in how players have been graceful in bowing out at the right time in their career trajectories – making it so clear that it’s not about the individual shining through. By giving the tournament and the discipline their every effort, the entire community of players then and now have risen above their personal considerations. The goals being pursued have always been excellence in and the championship of the game, and not those of the individual player.
As we enter another season of Wimbledon, we look forward to the promise of new beginnings carefully wrapped in old traditions. For me, it’s two weeks of fond reminiscence as I recall the past while gazing into the future of the game that I love and the tournament that I respect. With the hope that this season be as much a montage of the nail-biting finishes, the finesse of classy sportsmanship and the pursuit of excellence that Wimbledon has always been associated with. And even as some win and some lose every year, Wimbledon wins with each game and Tennis wins with each Wimbledon.

The best free games to play on your smartphone

3 stylish must-haves for a movie date