The Style Advisor
1 COMMENT
1318 Views
Take a minute to retrospect and recall all the instances when you have been compared to your father. We’re sure there are many. As an adolescent or a rebellious teenager, you may have even detested the comparison in your bid to be different. But as you grow up, the phrase ‘Like father, like son’ somehow begins to ring true. So what is it that really makes sons take after their fathers?
What truly determines a transmission of traits—physical and behavioural—from fathers to sons is a topic that has been under scrutiny for many centuries. Several theories have been formulated and debunked, with not enough concrete results. Is it genetic, something we have no control over, or is it purely a by-product of the surroundings we grow up in and the value system imparted to us by our fathers during our formative years? The answer, we found out, lies in the grey area. Busting the ‘Like father, like son’ myth
Our genetic make-up is a 50-50 mix inherited from our father and mother. Our sexual identity, however, is determined by the male Y chromosome (as is common knowledge, the genetic make-up of a female constitutes the XX chromosomal combination, both contributed by the mother, whereas that of the male is made up of the XY combination). This must mean that certain traits are only passed down from father to son, courtesy the Y chromosome, right?
Wrong! While it’s true that this particular chromosome has certain intrinsic traits, these are only responsible for determining the ‘maleness’ of the offspring. So from a purely scientific perspective, ‘Like mother, like son’ and ‘Like father, like daughter’ are as plausible as likening the son to the father!

The easy answer
What if we were to tell you that the traits that you and your father exhibit are similar because of the mere fact that you both are males? Don’t believe it? We don’t blame you. It does sound too simplistic to be true, but therein lies the answer! “Neuropsychological studies conducted over decades have proved that the male and female differ in terms of not just physiological but also psychological make-up. For instance, males have better visio-spatial and navigational skills, whereas women outperform men when it comes to tasks that require social and verbal skills,” says Parakram Mishra, human intelligence and behaviour analyst.
Are all men alike then?
If you think you take after your father because you are good with navigation—and a tad stubborn in asking for directions when you’re lost!—remember that it has more to do with you and father being males rather than you being your father’s son. There are several such instances of intrinsic male and female traits that manifest themselves in our behaviour. Women have a better ability to correlate things like a date with an incident or an incident with a person and so on. Men on the other hand compartmentalise different memories and have a difficult time linking these compartments. So the next time your wife or girlfriend tells you off for not remembering your anniversary or the first time you two met, you can tell her to take it up with science! 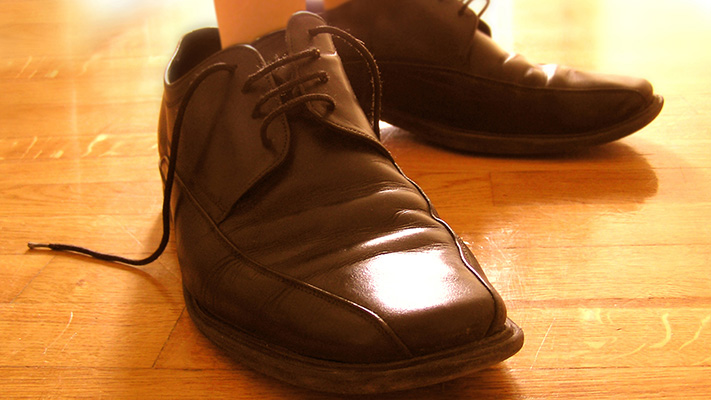 What are the odds?
So from a purely scientific perspective, your chances of exhibiting traits similar to your father and your mother are pretty much 50-50. But of course, the ‘nurture’ aspect too contributes largely to our personalities. As society dictates, men and women are supposed to be a certain way and men in particular are often measured against their fathers in terms of behaviour, personality and personal achievements. These ideas tend to seep into our minds, most often unknowingly, and thus, we can’t help but be like our fathers!

3 ways to deal with a hangover at work