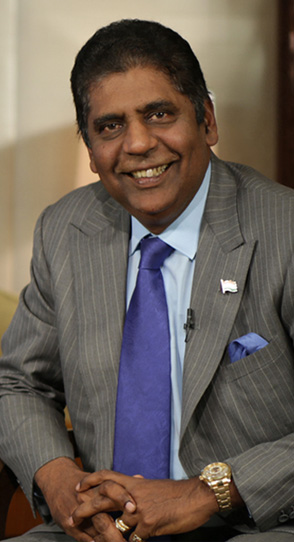 And just like that, yet another season of exuberant sportsmanship comes to an end. For the past two weeks, the world converged at Wimbledon to witness the best give their best. The battle of intelligence, skills, training and stamina was more pronounced than ever, as players went beyond the mundane and showed exceptional sportsmanship. The spirit of the game has been lifted as the tournament concludes another triumph for Wimbledon, another victory for Tennis.
In the brilliant pursuit of excellence that the tournament was this year, Novak Djokovic and Petra Kvitova conquered mind and body in a fantastic display of skills and perseverance, outplaying their opponents at every point to lift the coveted trophy. With a multitude of new and existing talent that poured in, 2014 witnessed one of the most challenging seasons at Wimbledon. Every match was a battle among equals that ensured nail-biting finishes even as the anticipation concerning new entrants out-performing against the veterans was high. The Big Four dominated the tournament, reminiscent of the 2010 season, when the quartet emerged as a group. There was heroic opposition from emerging players like Wawrinka, Nishikori, Tsonga, Kyrgyios and Dimitrov. The latter two were spectacular, especially—as Nadal met his nemesis in Nick Kyrgios, and Murray in Dimitrov—and the two winners’ trajectory should be something to watch in the days to come.
During the transitive era of the 2000s, when the veterans were retiring and the new players evolved into champions, Federer and Nadal became the centre point of every tournament: the new Agassi and Sampras. By 2008, each had accepted the other as rivals when two new players threatened to dethrone them. Murray and Djokovic were aggressive in their plays and managed to upset many an event by constantly pushing harder and managing to outplay Federer and Nadal. The former duo could not replace the latter and starting 2010 they formed a strong foursome that has continued its domination at all tournaments for over four years now.
While as a group they excel and have shown similar feats of consecutive wins, there are profound differences in each of their games, styles and personalities which impart a different flavour to each of their successes. Federer’s elegance is reflected in his game, ingenious shots, enthusiastic wins and silent losses. He remains the top scorer among the quartet with 17 slam wins. Nadal’s persistence as a player gives him the ability to constantly be on top of his game. When injuries haunted him while at the top, he did not give in for an easier life but insisted on continuing his reign over the world of tennis. Djokovic is the quintessential good guy, powerful and good humoured, and emphasises on an aggressive baseline play at the court. In sharp contrast to Nadal who had the stamina but lesser skill when he first entered, Djokovic’s entry saw him with the skills but not the stamina to see the end of a match. Since then, he’s improved his diet and become one of the finest players the game has seen. Andy Murray, last year’s champion, and back from a recent back surgery, is classy in his shots and decisions and plays a complete game. Even as the men’s quartet held on to their domination at Wimbledon, the women’s side saw many upsets. The women’s big four—the William’s sisters, Li Na and Maria Sharapova – could not move past the first week of the tournament. Serena lost to Alizé Cornet, while Venus bowed out against former champion Petra Kvitova, who went on to win the tournament. Li Na was beaten by Barbora Zahlavova-Strycova. The second week saw the exit of the fourth member of the group, Maria Sharapova, in an exhausting match with Angelique Kerber. With the final between Kvitova and Bouchard, Wimbledon this year has paved the way for new talent among women, indeed.
Looking back at the two weeks, I feel a sense of pride and accomplishment as I realize that after all these years, despite changes in technology, players, skills, coaches and courts, the goal of the tournament has not altered. Back when I played, before my time and for all the years to come, Wimbledon will still be among the greatest tournaments of tennis. Even as one by one the players walk out of the All England Club, they look back once again at their footprints they leave on the courts, only to return the next year and create a bigger mark or for the prints to be recorded in history as their last. Walking through the gates of the club, I think about yet another year I have spent feeling a range of emotions from anxiety to delight, from fear to disappointment and from sadness to happiness, all in the pursuit of excellence.
Photo courtesy: Wimbledon.com