The Style Advisor
0 COMMENT
923 Views
Action, drama, fantasy, comedy, mystery, star power—the line-up of movies slated for release this year promises all of these in generous doses. The Label brings you its roster of the most anticipated films of 2015. 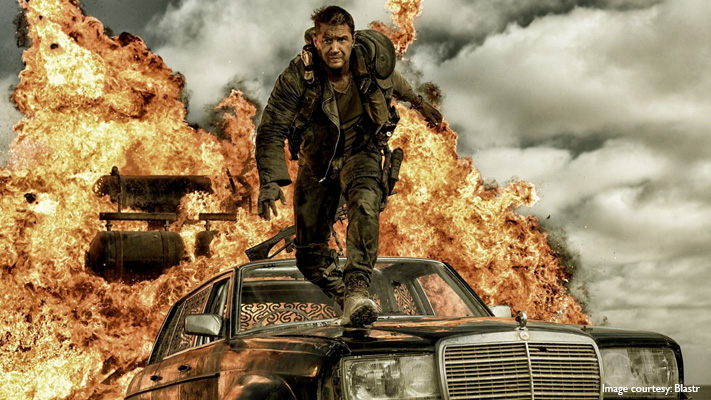 Mad Max: Fury Road
This year is packed with sequels and for those who truly enjoy larger-than-life action sequences, we highly recommend Mad Max: Fury Road. The sequel to Mad Max: Beyond Thunderdome, this Tom Hardy and Charlize Theron starrer is due for release on 14 May this year. Set in a stark desert landscape, the story follows Max in his search for peace of mind amidst the absence of humanity. Bombay Velvet
All set to release on 15 May, the Ranbir Kapoor-Anushka Sharma starrer has been the talk of the town for as long as it’s been in the making. Based on historian Gyan Prakash’s book Mumbai Fables, it is the story of a boxer, an aspiring jazz singer and their hopes, ambitions and hunger for power, set against the backdrop of Mumbai in the 1960s. Apart from being awaited as Ranbir Kapoor’s comeback film (after disasters like Besharam and Roy) and bearing Anurag Kashyap’s stamp of dark and experimental cinema, Bombay Velvet will also see Karan Johar donning the role of the villain.
To shop for suits that help you ace Karan Johar’s and Ranbir Kapoor’s suave looks in Bombay Velvet, click here.
The Hateful Eight
With iconic films like Pulp Fiction, Django Unchained and Reservoir Dogs in his kitty, Quentin Tarantino’s offerings are rare but special. His latest, The Hateful Eight, will have bounty hunters look for shelter during a blizzard in post-civil war Wyoming, their journey intensified by their battle against harsh physical conditions and betrayal. Tarantino fans will have much to look forward to, come November! Fan
It’s difficult to imagine Shah Rukh Khan as an eager fan boy, but that’s exactly what you’ll see him as in Maneesh Sharma’s (of Band Baaja Baaraat fame) next. Expected to release in August this year, Fan is the story of a diehard Shah Rukh Khan fan (yes, he plays his own admirer) hell-bent in his resolve to get through to the superstar. Star Wars: The Force Awakens
Carrying forward George Lucas’ space saga, the seventh in the Star Wars series is one of the most anticipated films of the year. Fast-forwarding 30 years from the sixth part, the Harrison Ford starrer, directed by J J Abrams of Star Trek fame, will hit the box office in November this year. Nyodda
Vishal Bhardwaj, Irrfan Khan, Konkona Sensharma, Tabu—if the overdose of talent that Meghna Gulzar’s next promises doesn’t excite the movie fanatic in you, we don’t know what will! Based on the controversial Aarushi Talwar double-murder case, Nyodda is expected to hit the screen in August or September this year. In case you’re curious about the name, it’s a colloquial pronunciation of Noida, where the murders took place.
Let us know which movies you’re most looking forward to this year.

FUN BAR ACCESSORIES FOR YOUR NEXT PARTY

A treat for spirit connoisseurs

No child’s play: the best of the International Toy Fair 2016