4 VIEWS TO TAKE IN ALONG THE GREAT OCEAN ROAD

The Style Advisor
0 COMMENT
1358 Views
Travel blogger Lakshmi Sharath offers a glimpse of the most beautiful views along Australia’s Great Ocean Road for The Label. Nothing prepares me for the first glimpse of the ocean. I have been driving all day and then suddenly the road opens out, a thin stretch of blue, which expands further and further to fill my entire view. The Great Ocean Road in Australia stretches for about 250 kms and has about 20 small seaside towns. My journey spans between Warnambool and Melbourne, and I plan to spend a night at Port Campbell, so that I get to travel at my own pace. Loud galahs (cockatoos common in the region) greet me as I stop by at the small towns and drink in the view. The rock formations are stunning, forming arches and columns and sleepy towns are spread across the coastline while rivers meanders around. 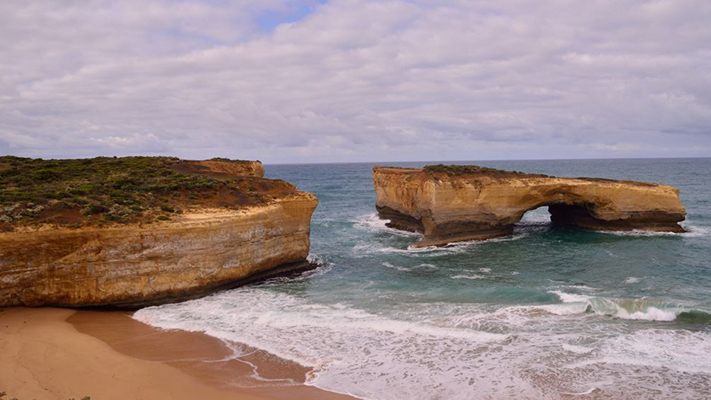 London Bridge—which has fallen down
Driving along, I realize that it is not only the ocean but also the rock formations that offer breathtaking views. One of my favourites is the London Bridge, which has collapsed and is now called the London Arch. The natural bridge, I learn, had given way leaving a couple of tourists stranded on it who apparently had to be rescued by a helicopter! These days, it seems to be a choice spot for wedding photography as couples love having their photograph taken against the azure waters and the broken bridge. 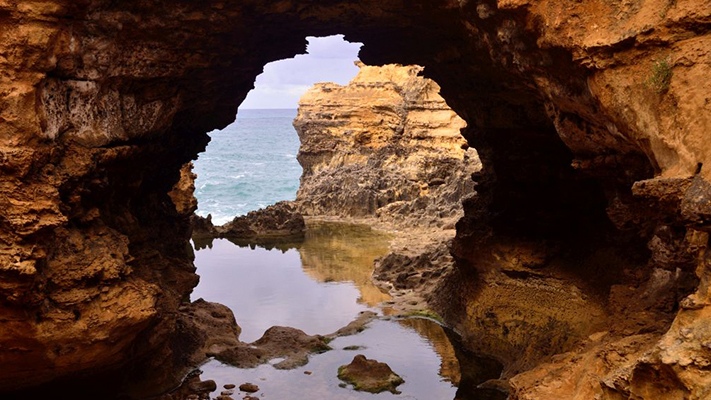 The Grotto, a spectacular view
Another of my beloved destinations is called the Grotto. It is absolutely spectacular. I climb a flight of steps that takes me down to a pristine beach with virgin sands. The rocks curve and arch but the ocean is a distinct blue. As the breeze blows, I sit there wondering how much beauty there is in the world to see. Lock and the Gorge—the site of a shipwreck
Two columns of rock seem to come from either part of the shore to meet in the ocean. I am at the Lock and the Gorge. In this beautiful landscape is a tinge of melancholy. The gorge takes the name of the ship, Loch Ard, which was shipwrecked here with just two survivors, Tom Pearce and Eva Carmichael many years ago. Even today the two rock pillars are called Tom and Eva. The Twelve Apostles stand tall
And finally the twelve apostles. A three-minute drive from the Lock and Gorge and I am here gazing at the most photographed view of the Great Ocean Road. Formed by erosion, these limestone stacks off the shore soar up to 45 meters high. It starts drizzling as I stand there lost in the haze around the ocean. It was once called Sow and Piglets but it was later renamed as The Apostles. My last stop, a small detour off the Great Ocean Road, is the Cape Otway Lighthouse that stands as a lone beacon on the coast. Standing here, I take in the views of the ocean as it change colour in front of my eyes. I stand there for as long as I can until the road beckons again.

Nokia N1: The Newest Tablet on the Block

5 things to do in Bahrain

Men rule the roost at the 2015 Oscars